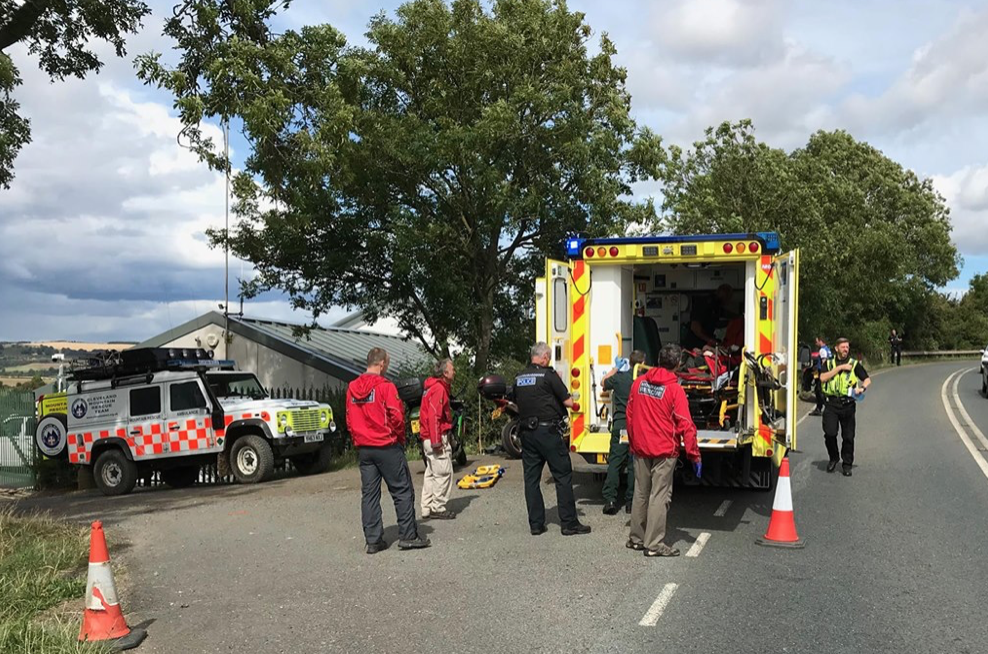 We were contacted by NEAS (North East Ambulance Service) at 13.39 to assist their crew after a motorcyclist crashed off the road.
The teams medical and rescue facilities couldn’t have been nearer as the incident was immediately outside the team base on the outskirts of Great Ayton.

Five motorcyclists from the Liverpool area were on their way to Whitby when the incident occurred.

Team members responded and helped Ambulance crews treat the injured man, and recover him from the ditch/hedgerow to the waiting Ambulance where he was transported to James Cook University hospital.

The scene was attended by both Yorkshire and Cleveland Police.

The closest callout to the team base, ever!

14 Team members were present for 1hr.