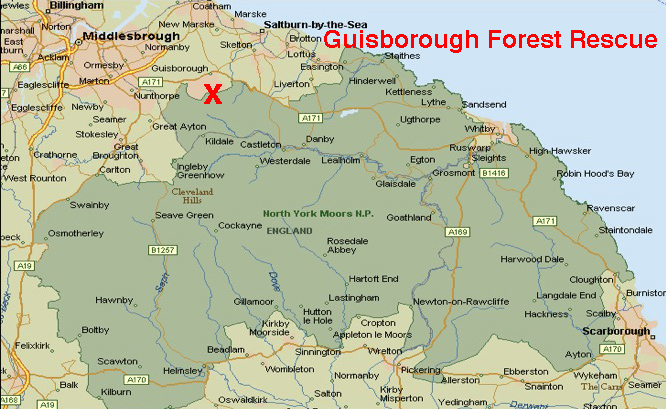 Saturday 21st October 15:45hrs.
We were called by Yorkshire Ambulance to go to the aid of an injured 13 year old mountain biker who had injured himself on a bike track between Roseberry Topping and Guisborough Forest. After talking to the informant (the casualties 13 year old friend) we were able to get an idea of where the incident was and deployed our two landrover ambulances to the scene one going into the area from he Guisborough area and the other from the Roseberry Topping direction.
As we approached the incident site, in worsening weather conditions, we were flagged down by the informant who showed us where the injured boy was about 100m off the track.
Members of the team then walked up to the site with first aid gear and a shelter and began treating the injured cyclist and looking after the informant and the casualty’s mother who had run from Guisborough to meet him.
As more team members arrived on scene the injured boy was put on a mountain rescue stretcher and carried down to one of the land rovers. He was then driven around 3km to Hutton Village and handed over to the waiting ambulance. 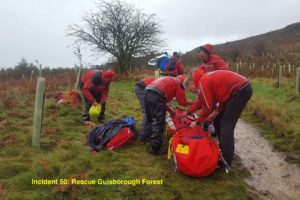 14 team members were involved in the incident that lasted around 2 hours.