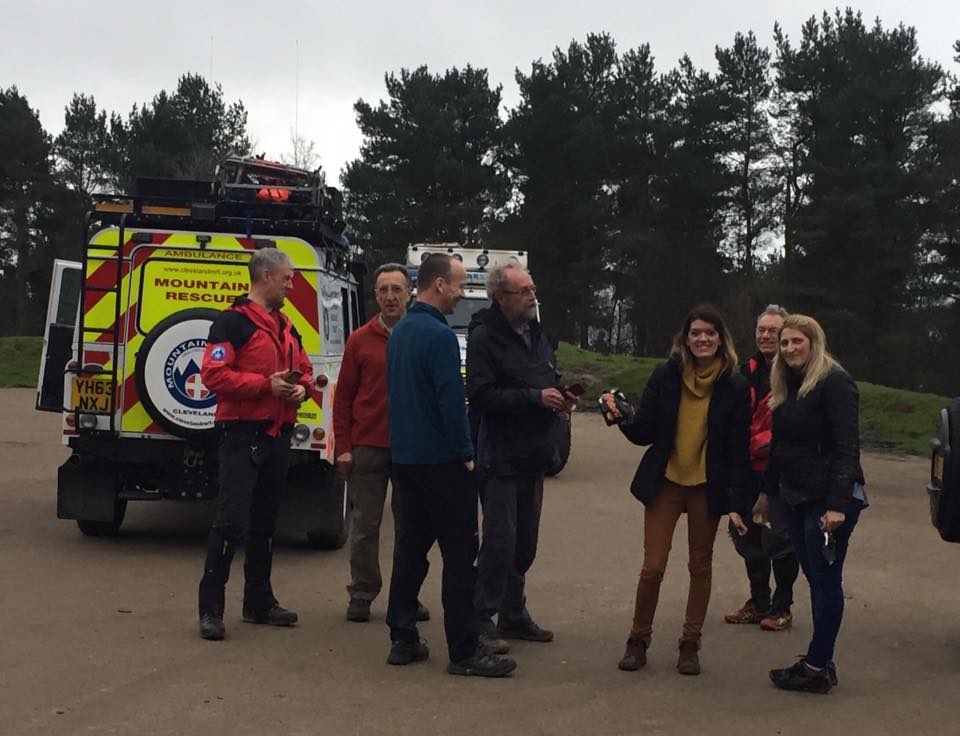 Two families from South Yorkshire had called the Police to say that they had lost their way in the woodland around the White Horse above Thirsk.

The party consisted of two ladies with four young children along with a dog, they had set off walking at 12:30 following one of the walking routes in the area when they lost track of the route markers. Our callout officer talked to the group and used their mobile phone’s GPS to tell us where they were (a specialised system available to mountain rescue teams called SARLOC).

He could then guide them in the right direction towards safety. Nine of the Team responded to the callout with more on the way when the missing party were spotted by members of the rescue team who guided them back to their cars. The incident lasted just over an hour.