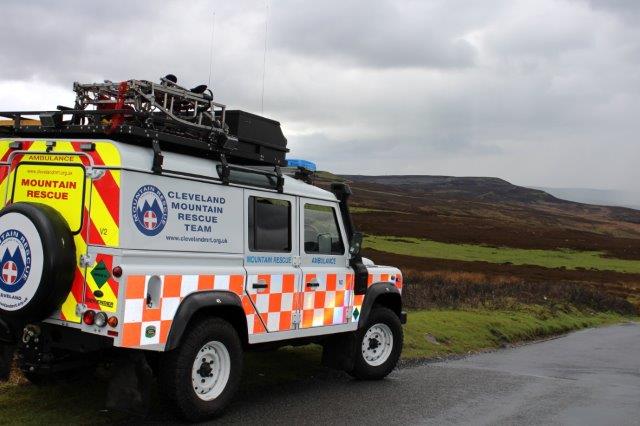 Call out number 6 of the year came in the very early hours of Saturday morning, January 21st at 0120hrs. A 39 year old man from Middlesbrough had been reported missing in a vulnerable state by his family. His empty car had been located by North Yorkshire Police near the popular carpark at Clay Bank on the Stokesley – Helmsley road.

20 members of Cleveland Mountain Rescue Team responded to the call out along with one search dog handler. Four search teams were established and they spent five hours through the nighttime in subzero temperatures searching the likely tracks that could have been taken by the missing man.

With first light the search was escalated with personnel from three additional rescue teams ( Sacrborough, Teesdale, Swaledale) joining the search replacing Cleveland Team members who stood down to sleep. Four additional search dogs also attended the incident. The search was concluded when a walker found the man on one of the moorland paths two and a half kilometres from where his car was parked.