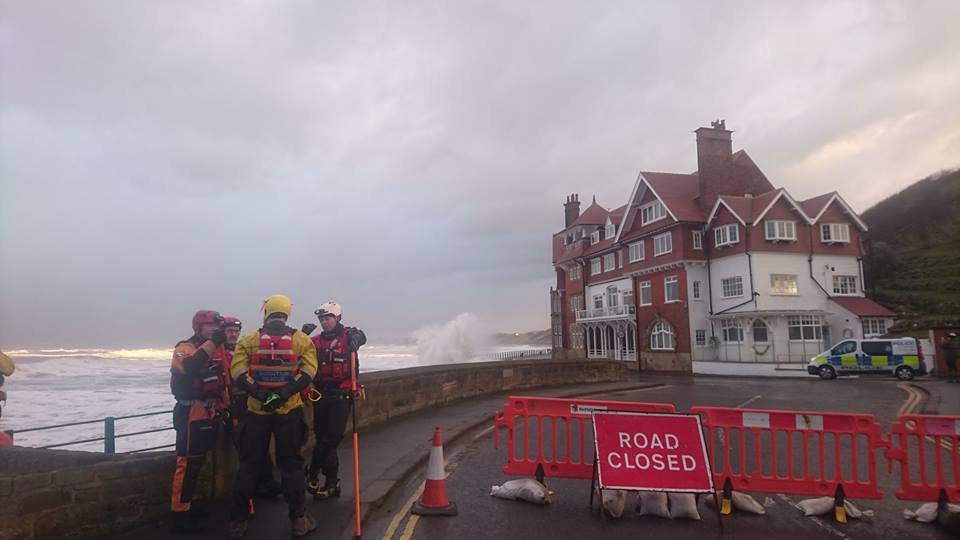 Friday 13th January saw the water assets of the team deployed to Sandsend in preparation for any potential flooding caused by the predicted storm surges linked with the high tides at around 0300hrs and 1630hrs.

Also responding to the incident were water teams from Scarborough and Ryedale MRT, Swaledale MRT and Calder Valley SRT. In Sandsend the waves did cause some flooding in the afternoon with the seas being described as “very dangerous” having spray reaching third floor windows.

The Team stood down as the danger passed as the high tide receded soon after 1800 hrs. Cleveland team, along with many other mountain rescue teams in the country, have spent many thousand of pounds training and equipping their personnel for working in the increasingly common flood situations. Each swift water technician, trained to enter flowing water, wears safety equipment that costs over £1200. During todays incident the team deployed two teams of 14, one for each high tide.