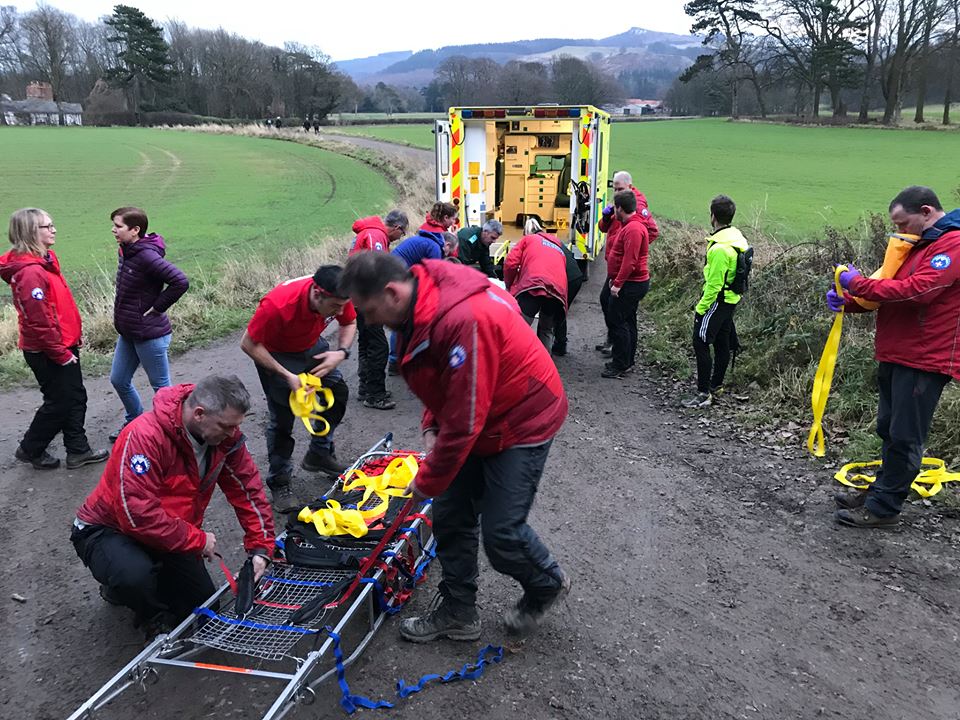 The team was contacted today at 15.04 by NEAS (North East Ambulance Service) to assist with an injured male mountain biker.
By good luck some team members were already at our base having already been out in a team vehicle, allowing us to respond very quickly.
He had been cycling with friends on the popular paths and mountain bike routes in Guisborough woods. He came off his bike on a steep descent near Holme Farm, his friends quickly raised the alarm and called for help.
Team members approached the scene in our two Landrover Ambulances and on foot, where NEAS personal treated the mans head injury. We then carried the man on our stretcher off the muddy path and down a track around 300m before he was transferred to the waiting Ambulance, for further assessment and transfer to hospital.
19 team members attended the incident which lasted 45mins.