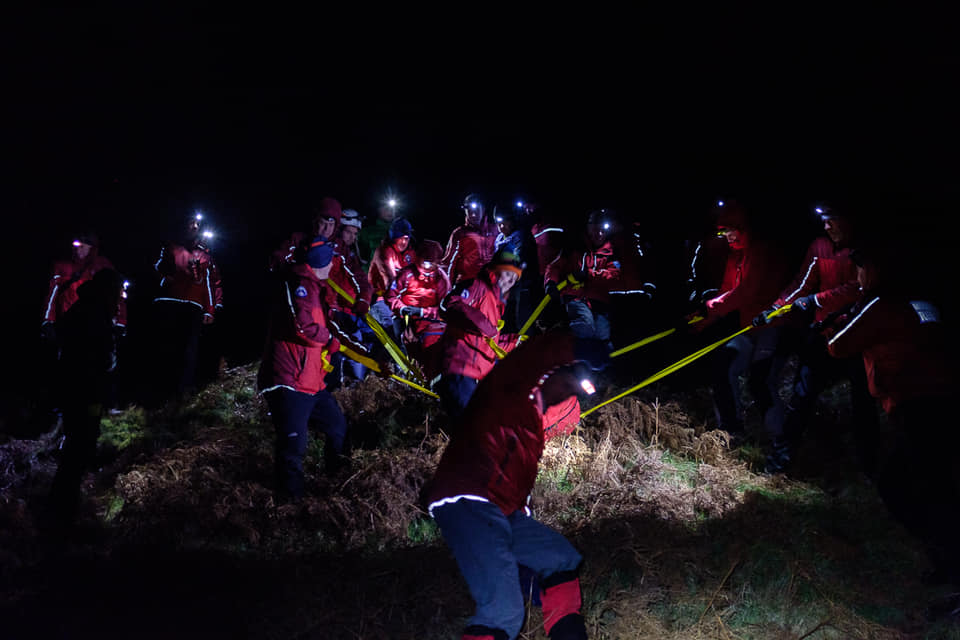 Cleveland Police contacted the team at 21.37 last night after they had received a call from a concerned member of the public.
He had spotted a light high on Roseberry topping, thinking someone may have been in trouble.

The team were already aware of a man undertaking a charity challenge to climb the height of Everest on Roseberry, but put the team on callout standby and decided to investigate anyway. We contacted the charity walker by phone confirming he and his support were ok.

Some of our team members then climbed Roseberry to ensure no one else needed any help. All was well, and the remainder of the team stood down. The Walker was by then on his 11th ascent and was wished well and our team members took the opportunity to fire up a well earned brew at the local summit and enjoyed a fine evening views.

Best intentions from the concerned member of the public, but Roseberry can often be seen with head torches, as walkers, fell runners and our team members will often be exploring the paths and summit in the evenings.