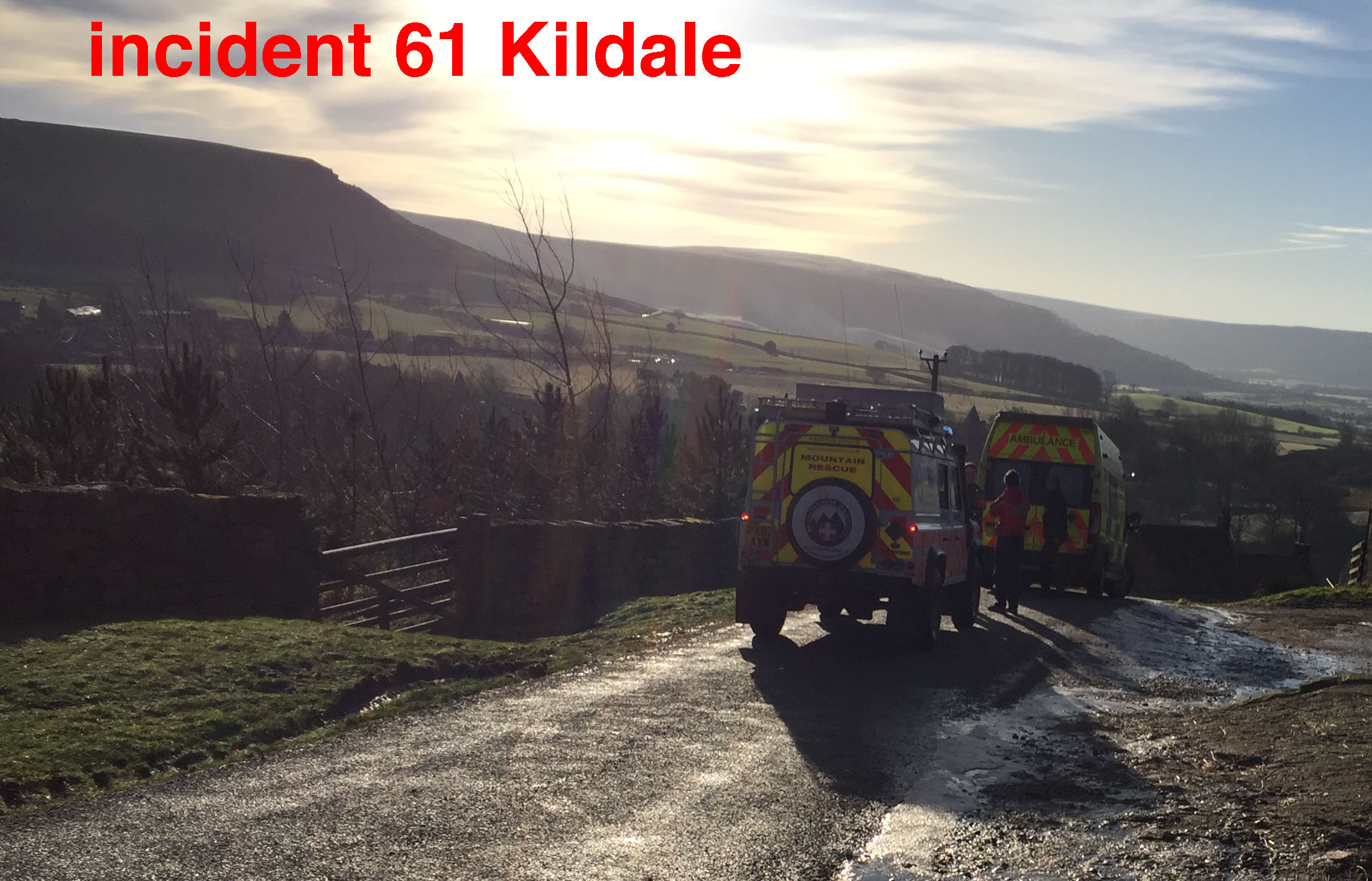 Saturday 16th December 2017 10:20.
Whilst many of the Team were involved in a street collection in Northallerton, we were called out to assist a lady from Thirsk who had fallen in Gribdale Forest on the moors above Great Ayton.
The conditions were treacherous with the frozen paths been very slippy so we deployed on foot and in our 4×4 vehicles in order to reach the injured walker.
Once on scene the lady was treated by our doctor before being carried on a stretcher in the back of our landrover to the waiting ambulance at Kildale. We also had to make sure that the rest of the walking group, who were raising money for “walking with the wounded”, were kept warm and taken off the hillside and safely back to their cars.
The incident lasted 2 hours and involved 20 team members.