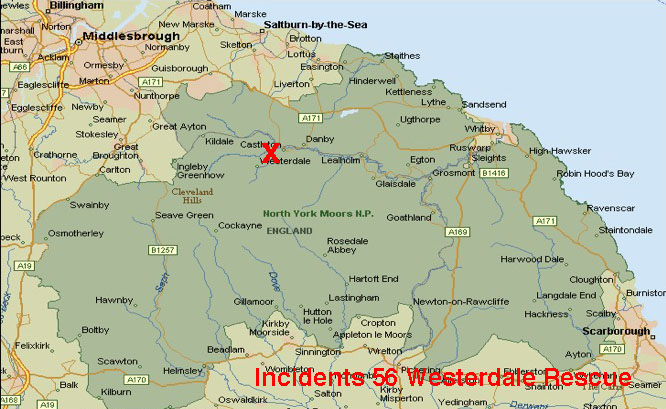 Incident 56 occurred whilst we were helping out on the Eskdale Eureka Fell run on Sunday 3rd December.
Half a dozen team members were helping marshal the race, a 9 mile jaunt across the moors from Castleton to Bransdale and back, when they were alerted to a couple of walkers who had got into difficulties.
One of the walkers, who were unconnected with the fell race, had tried to cross a stream around half a kilometre from the ford at Hob Hole and ended up waist deep in a freezing cold bog. A couple of the runners on the fell race saw the man’s predicament and helped pull him out of the water and onto dry land.
The walkers, who were both in their 70s and from Knaresborough, were guided back towards the nearest road where there were picked up by one of the Rescue Team’s Landrovers and taken to the Eskdale pub at Castleton to dry out and warm up. The team members then repatriated the walkers with their car at Kildale.
“It was a good job that the fell runners saw the couple would have been in serious danger without help.”
The fell runners frequently support the mountain rescue team through their events and today handed over a fantastic sum of £703. 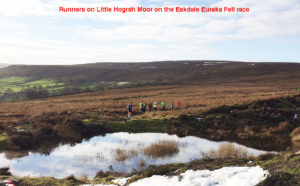