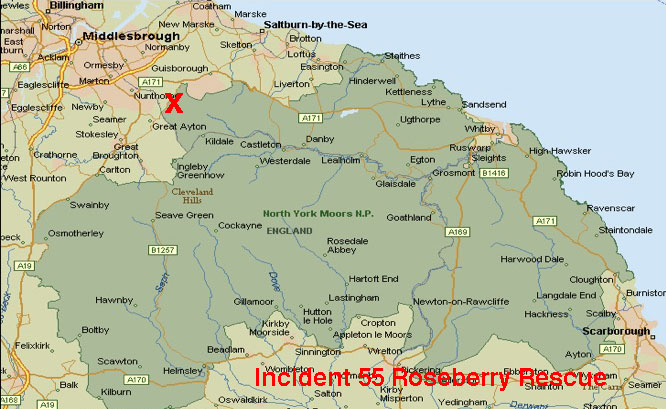 Tuesday November 28th, 12:30hrs
We were alerted by NEAS (North East Ambulance Service) and asked to help with a 26 year old Middlesbrough man who had fallen and hurt his legs whilst walking in the boulder field area of Roseberry Topping.
The Team deployed it two Landrover ambulances to Aireyholm Farm, just next to Roseberry Topping, where we met up with paramedics from the ambulance service. The Team then followed their well used route driving across the fields to the Shooting House on the edge of Roseberry where one of their team members had met up with the injured man. The man had been carried from the boulder field to the shelter of the shooting house by a passing walker. He was treated at the scene before been transported on a stretcher in the Landrover the kilometre to the waiting ambulance at the farm which took him to James Cook Hospital for treatment.
Ten team members were involved for just over an hour in wet and cold wintery conditions.