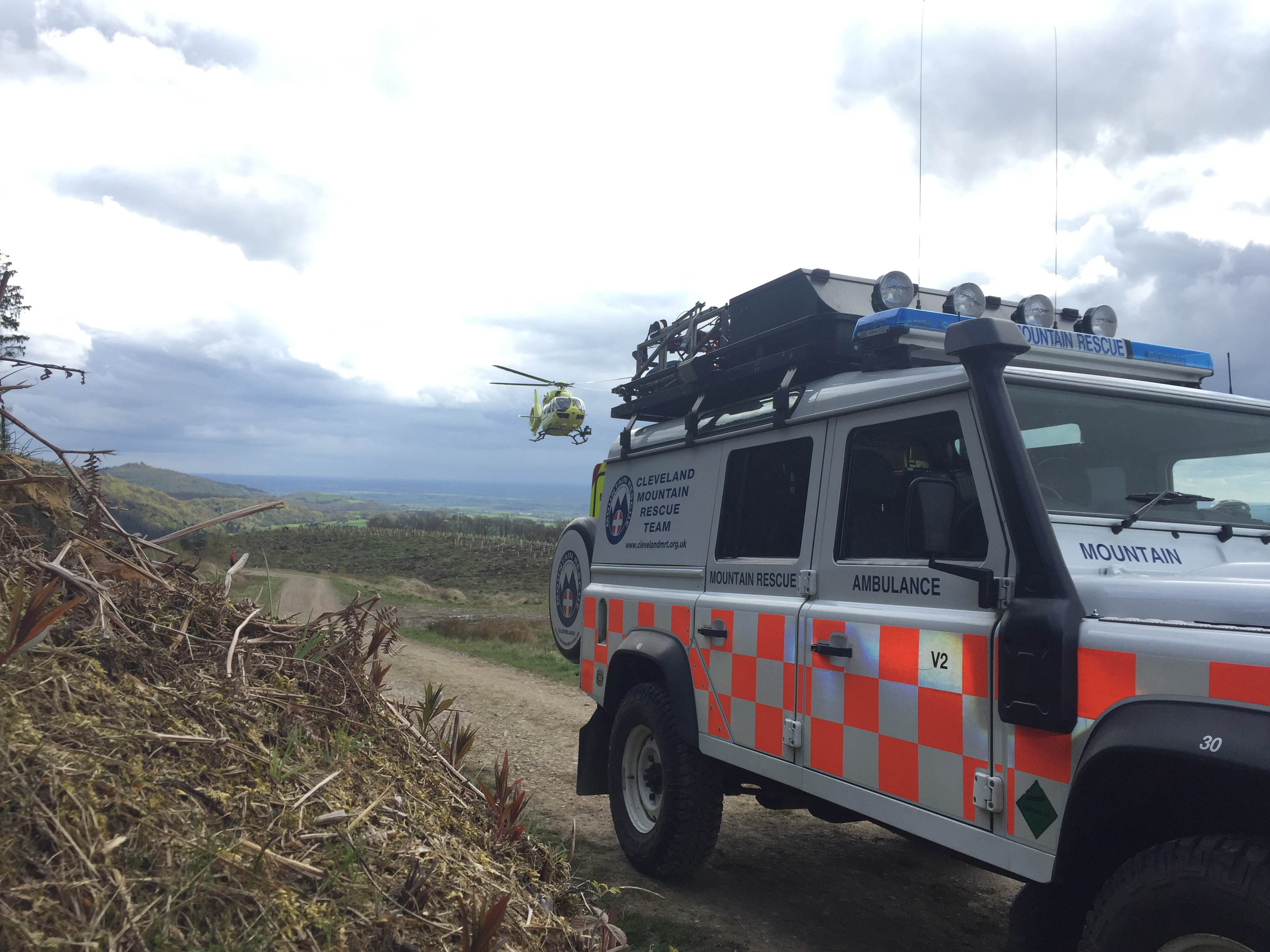 Saturday April 28th 1400hrs
Yorkshire Ambulance Service requested our assistance with a mountain biker who had fallen on Boltby Bank above Thirsk. The male cyclist from Bradford, who was believed to be in his thirties, had sustained arm and shoulder injuries.
The Team deployed its landrover ambulances and personnel, some of whom were at an emergency services event in Middlesbrough at the time, and managed to reach the injured man by driving across the moorland tracks.
The injured man was treated at the scene by ambulance paramedics before been flown to hospital by the Yorkshire Air Ambulance.
Ten team members were in attendance for just over an hour. 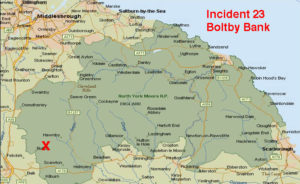