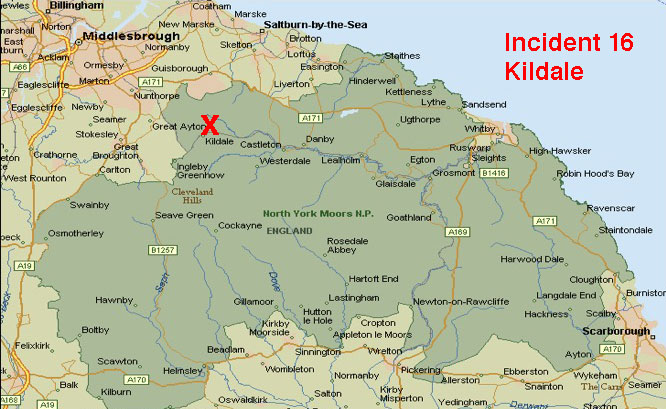 Saturday 17th March 2000hrs.
We received a request for help from Yorkshire Ambulance Service who were reporting possibly 30 hypothermic patients in the Kildale area. The patients were competitors in an Ultra Marathon event from Helmsley to Guisborough that had been stopped at Kildale due to the wintery conditions that had steadily got worse as the evening wore on. None of the runners were lost as each had a GPS tracker that showed their location on a computer and all were well equipped. They had got cold as the worsening conditions caused them to slow down. Around three quarters of the runners taking part in the event reached the finish at Guisborough before the event was curtailed.
We sent two of our team to Kildale to assess the situation whilst the rest of the team rendezvoused at Great Ayton. The Two at Kildale reported that there were 100 or so competitors at Kildale needing evacuation.
Our two landrover ambulances were set to remote points on the marathon’s route to help with competitors who were still running and some team members, in their personal 4×4 vehicles, were then sent to Kildale to start moving some of the stranded runners to Guisborough where the event was due to finish.
The distance from Ayton to Kildale was around 5 miles but took around 20 minutes due to appalling wintery conditions, at times the visibility was zero in the swirling snow and the covered road hard to make out. The ice under the snow on the road made road-holding entertaining to say the least!
By 2300 hrs or so the Team, along with personnel from Yorkshire Ambulance and the race organisers had managed to get all their competitors back to Guisborough and, once were sure that no-one was unaccounted for, we stood down around midnight.