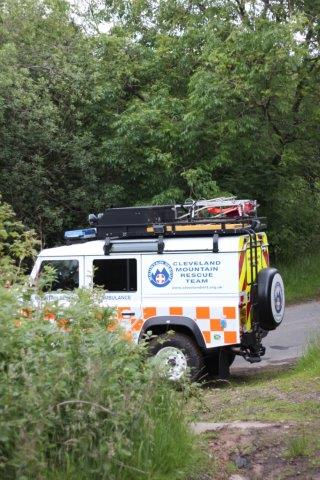 This time a rescue on the Swan’s Corner side of Eston Moor. The call came around 13:30 on Thursday 26th January. We were asked to assist the North East Ambulance crew with a 55year old lady who has sustained a knee injury after her dog ran into her.

As we were on route we were able to call the paramedic on scene who informed us that the Great North Air Ambulance had just touched down after finding a gap in the low cloud that enabled them to land. After a confirmation call back to say that the lady was in the aircraft we stood down. Twelve members of the team were responding to the incident that lasted around 30 minutes.