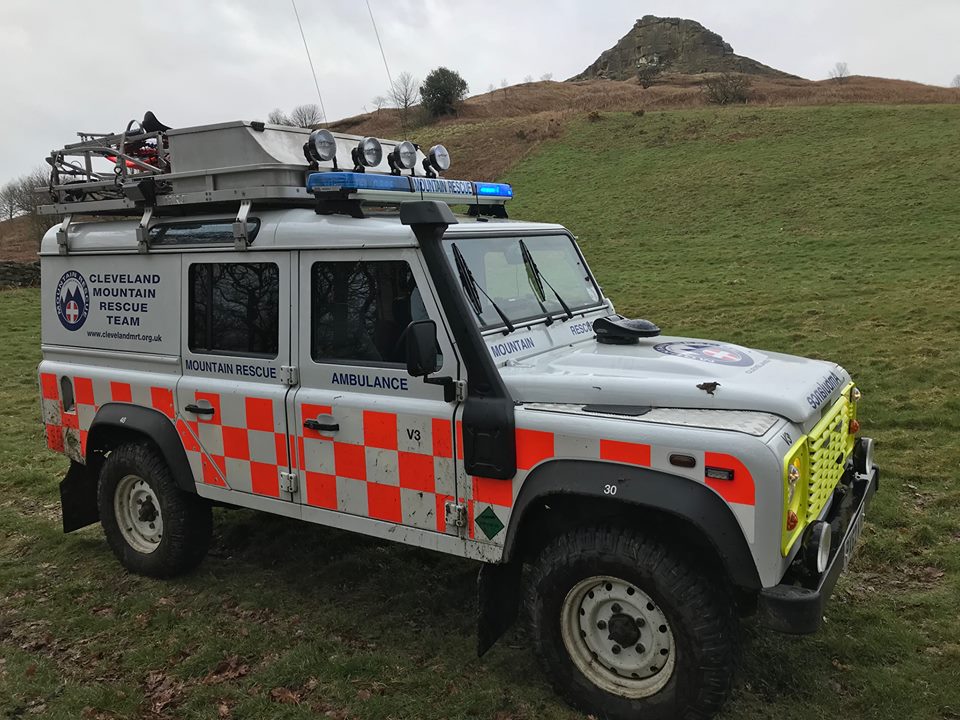 Friday September 20th 13:30hrs
We were alerted by the ambulance service to a collapsed walker on Roseberry Topping.
As is often the case at the start of an incident, details were quite sketchy, so we deployed one of our landrover ambulances to Newton under Roseberry and the second one to Aireyholme Farm. This would give us access to all the paths around Roseberry Topping.
Shortly after we deployed the walker, a 39 year old Eston man was located quite near to the path from the carpark at Newton and was picked up by an ambulance, He was assessed by the paramedics and taken to James Cook University Hospital for further tests.
Seven team members were actively involved for 30 minutes with more on route.