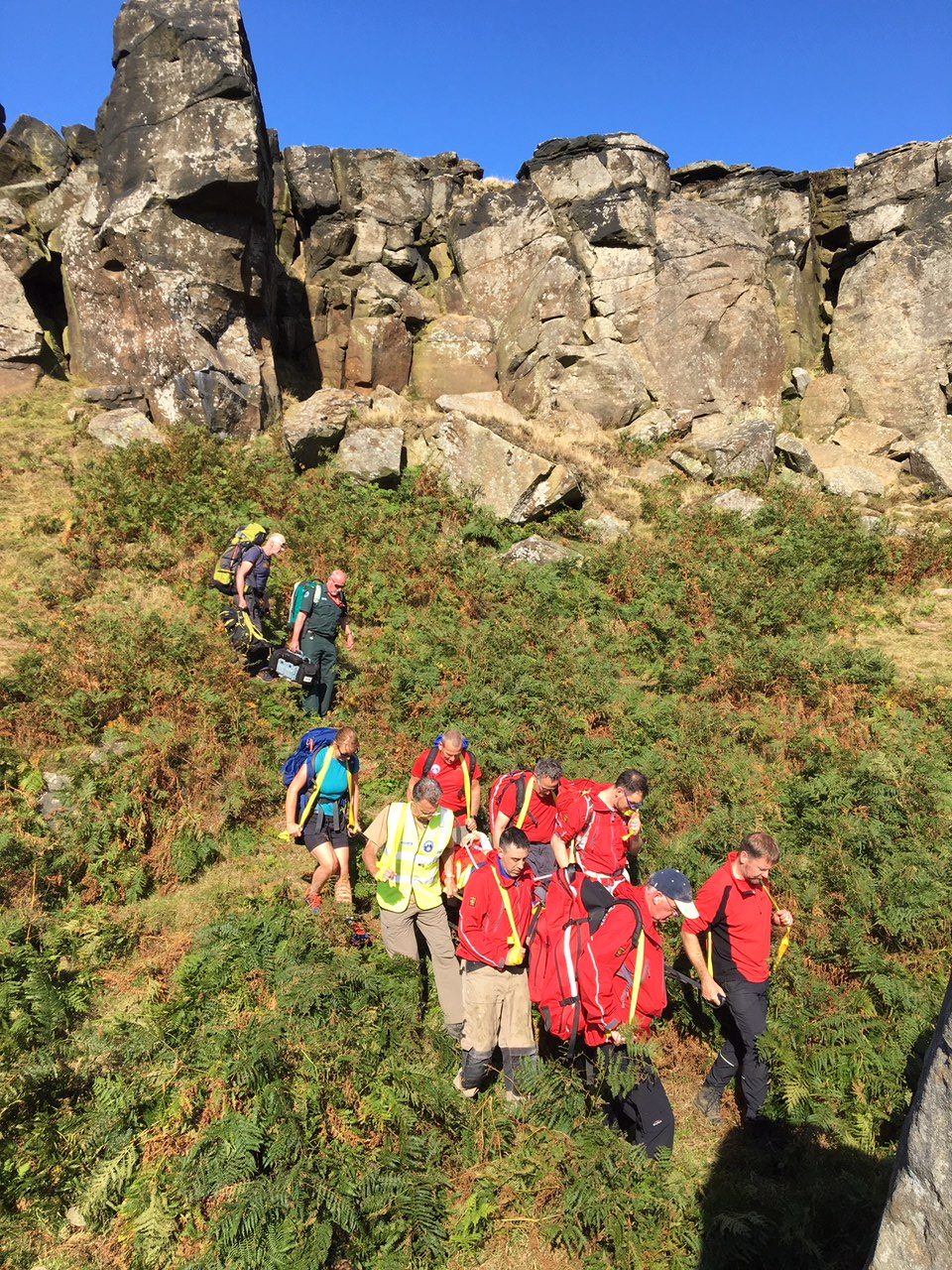 Thursday September 19th 1400hrs.
A 32 year old climber from Newcastle had fallen whilst climbing at the Wainstones, a popular rocky outcrop on the moors above Great Broughton.
The Team were quickly mobilised with a rendezvous at Claybank carpark. An advanced party of team members drove round to the nearest farm to the Wainstones and walked into the incident scene with first aid equipment.
The injured climber had fallen around 3 metres onto a boulder and was unable to walk. He was treated at the scene by team members and one of the team doctors before being carried down the hillside around 400 metres to a waiting ambulance.
15 team members were involved for 90 minutes