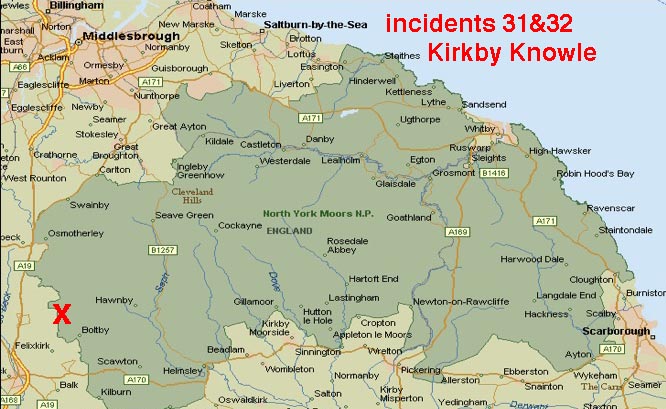 Saturday 19th May, 1500hrs.
We were called by Yorkshire Ambulance Service to help with a mountain biker who had collapsed whilst taking part in a mountain biking event-the Boltby Bash.
The incident was to the extreme south of our area so, as our callout officer was getting more details, we deployed one of our landrover ambulances and put the team on standby.
As we approached the incident location we were contacted by ambulance control to say that the cyclist had been evacuated by the Yorkshire air ambulance and we could stand down.
Six team members were involved for and hour with more on standby.