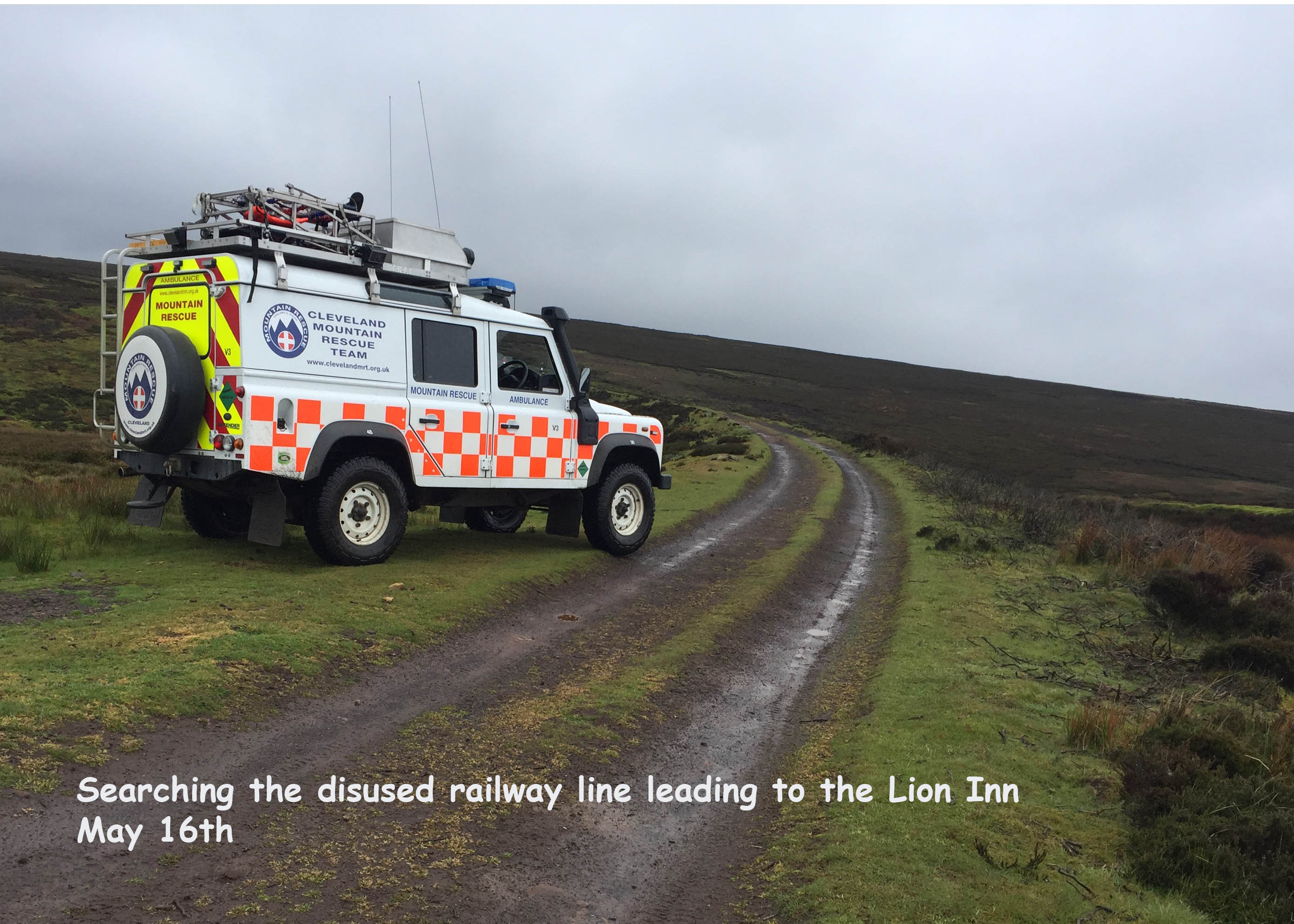 Tuesday May 16th 11:15. We were called by North Yorkshire Police to assist a walker who had reported himself lost in the Bloworth Crossing area of the moors above Ingleby Greenhow. After a failed attempt to contact the missing person’s mobile phone a Landrover was sent into the area, which was about 3 miles from the nearest road but easily accessed by Landrover. The rest of the team were put on standby, as we approached the area where the man thought he was he texted to say that they had found where they were and were walking, with another group, to a road. We assumed that they were on the old railway line and followed. We made contact with the group about two miles from the Lion Inn at Blakey at around 1300hrs. They were a group of old school friends in their 40s from the Midlands who were following the Lyke Wake Walk. They had become lost and disorientated in the fog but had found where they were when it lifted. As they were cold and wet they accepted a lift to the safety of the Lion Inn. Three of the team were active on the callout with many more on standby. The callout was a blast from the past as the Team was established in the mid 60s due to persons getting lost in a similar area whilst attempting the Lyke Wake. Many of the callouts in the first 20 years of the team were similar to todays but harder to solve without today’s communication technology.