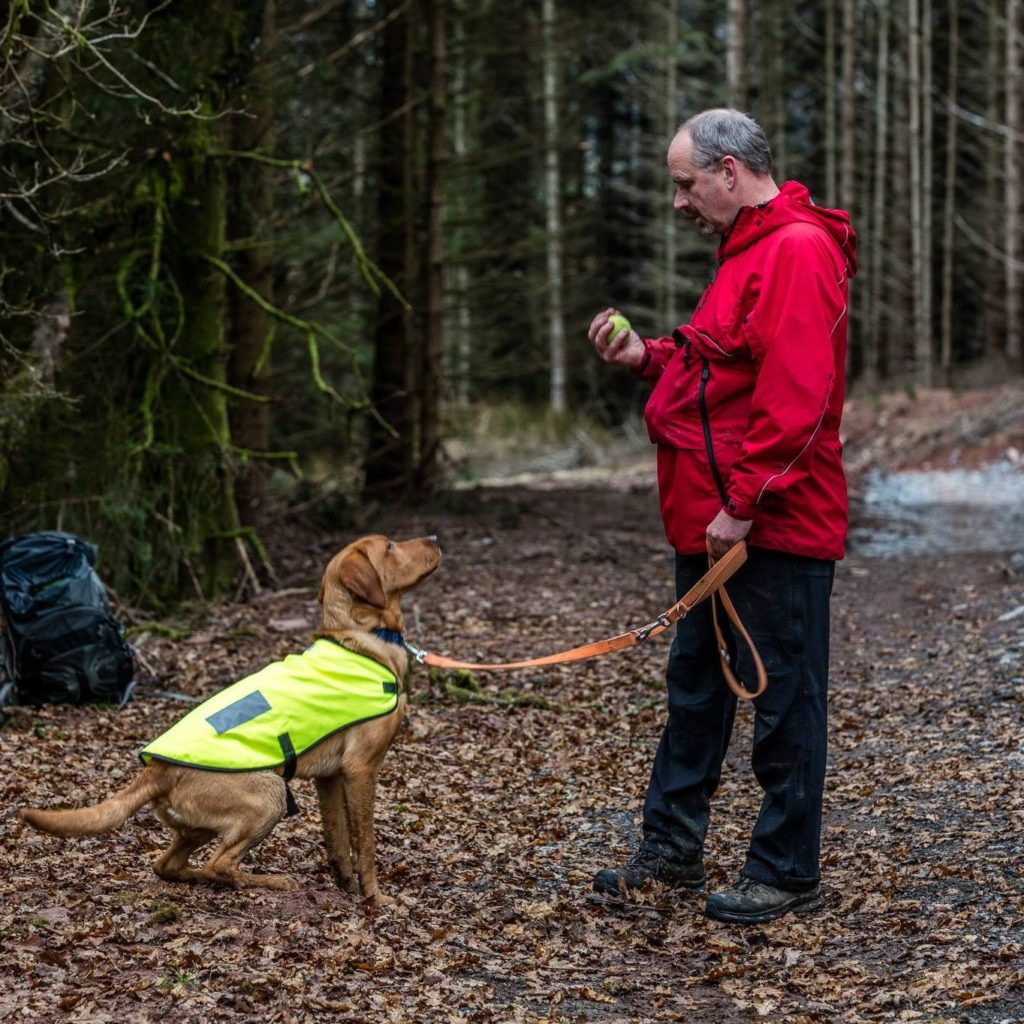 Murphy is Tim’s second search dog, his first a fox red Labrador Jake was retired in Jul 17 due to injury.

Tim made the decision to train a second dog; again a fox red Labrador named Murphy.  At 12 weeks old Murphy’s  training started by attending both local and national training courses held in the Peak District, Northumberland, the Yorkshire Dales and South Wales.  In the Peak district in Sept Murphy passed his stock test and on the following course in the Yorkshire Dales he passed his registration test.

The team have now moved onto Stage one training where Murphy will start to learn the game of searching by first becoming focused on the toy that will become his reward for the missing person.

Unfortunately Tim was injured during a training event, Murphy is most unhappy that he is not getting his favourite games.  Hopefully Tim will recover quickly and be back at full strength and resuming their training.

Back to Search Dogs