Ok! so it was one of the worst weekends of the year and one that most of us enjoyed keeping warm in front of the fire: But for seven Cleveland team members it involved getting wet in the River Tees near Barnard Castle as they learnt and practiced the skills involved in being a “Swiftwater Rescue Technician”. Four of the Team were new to the qualification and three were requalifying which we must do every two years.

Recently the Team received a grant from the Department of transport to equip the team members with the £1200 of gear each one needs in order to be able to work in and about waters they can help people during times of flooding and to carry out water based search and rescue operations.
The course, run by local company Rescue Northeast, was described by the trainer as one of the “coldest water training courses he has ever delivered”!
Well done to all.

Well done to all. 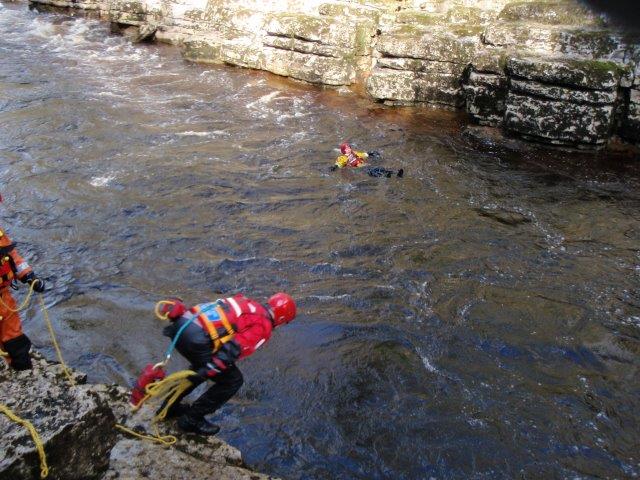